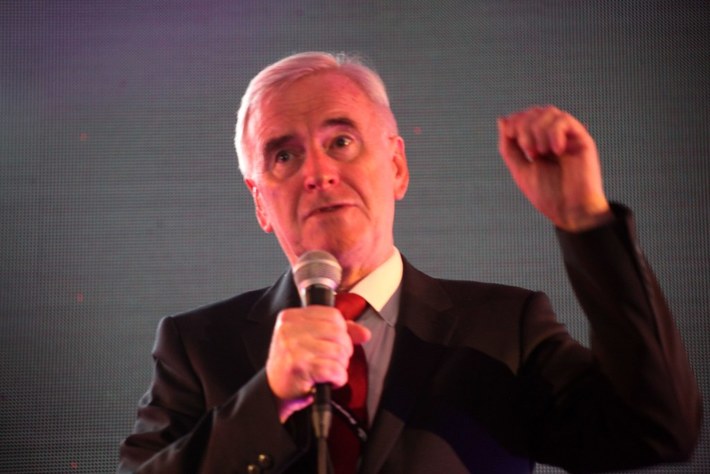 The average working week in the UK would be cut to 32 hours within 10 years under a Labour government, John McDonnell has announced.

This would effectively reduce the average working week to four days - something the shadow chancellor claimed could be done with "no loss of pay".

The UK works longer hours than any other European country bar Greece.

Mr McDonnell also promised to eliminate in-work poverty in the first term of a Labour government.