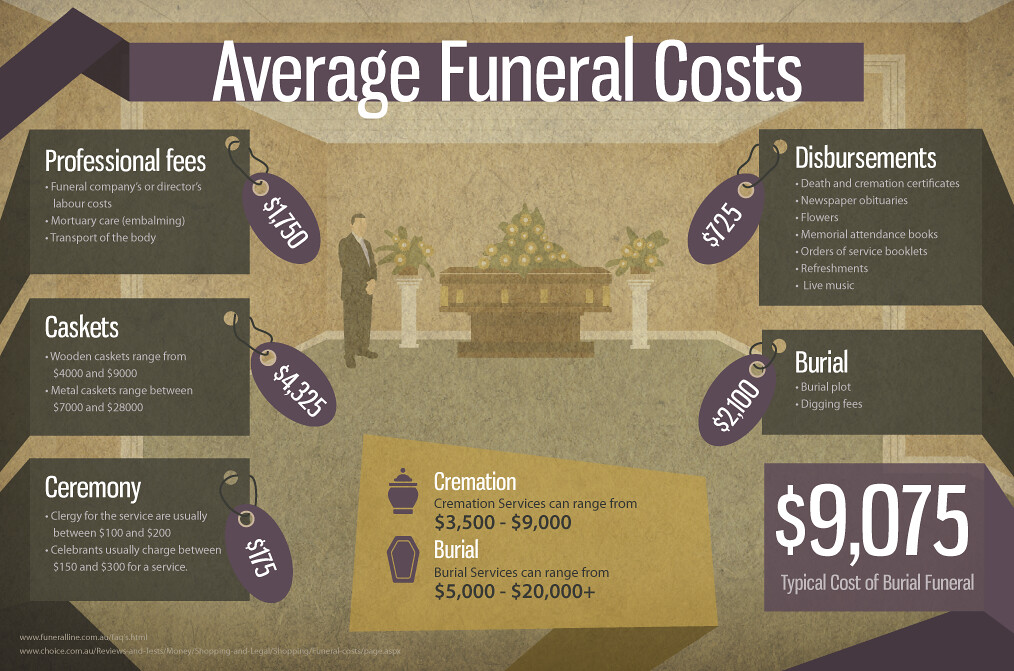 The average cost of a basic funeral has risen by more than 9% in a year in some regions, an insurer has suggested.

The typical cost was now £4,417, up 3.4% on a year ago, but burial fees have led to large rises in some areas, research by SunLife claimed.